The storm came out of nowhere. One minute the kiddos were happily drawing with sidewalk chalk in the warm, yellow sunshine. The next minute, the wind was blowing fiercely and black clouds were looming in the northwestern sky. I managed to get the kiddos, all their toys, and the awning in before anybody or anything blew away. We looked out the window to see how the sky had changed and saw 4 bolts of lightning flash from the storm clouds to the ground.

I called E, who had left about an hour earlier for a 40 mile bike ride. I had no idea what direction he had gone in. He said, all was well. Only 5 minutes later he texted “picking me up would be good”. He texted a pin dropped location to the east.

The kiddos and I scrambled into the Jeep in a hurry, and drove towards E as quick as we could. It just doesn’t seem like a good idea to be biking in a lightning storm. Following my google maps navigation app, I turned onto a gravel road which I expected. After driving a few minutes E called and said my iPhone navigation was not quite right and I needed to double back and turn onto the “dirt road” just over the cattle grate. I don’t know how tire tracks through the middle of a cow pasture can be considered a “dirt road”. There was no “road” about it. So there we were, following tire grooves hoping that they would lead us to E, and hoping that we would reach him before the storm did.

As I continued driving, I noticed some muddy puddles in the tire tracks up ahead. No problem. This is a Jeep after all. I can totally drive off-road. Never mind that I’ve never actually done it before. How hard can it be? The first puddle was no problem. I’m gaining confidence, feeling better, this is actually kind of fun! Oh wait, what’s this up ahead now? That’s not a puddle, that’s a small pond. I’m pretty sure I see a frog on a lily pad and maybe a beaver in the distance coming to build a dam. No matter, our Jeep has “mud tires”. Yes! I’m such an outdoorsy adventurous mom.

To my credit, I only started to panic the 2nd time that the Jeep completely lost traction. I was holding the wheel straight and sledding down the muddy hillside. Luckily, the tire tracks we were following were deep enough to keep us going in the right direction. It wouldn’t have been such a big deal except for the storm was coming up behind us, and it was beginning to rain. Hard. “We are not going to be able to make it back on this road”, I thought. If it’s this slippery on the way there, before the rain, imagine what it will be like in 5, 10, 30 minutes….? Dear Jesus, please let us be on the right road. I called E, I’m not even sure that I’m on the right road. Maybe I’m driving in the completely wrong direction. Maybe we will get stuck out here and have to spend the night. Maybe we will have to wait out the storm. How long did the weather app say it was going to last? Maybe I should’ve packed some snacks. E says he could see us coming a little bit ago. Ok, at least I’m going the right way. Dear Jesus, please don’t let us get stuck out here.

Goodness gracious sakes alive! There’s a cow in the road! We’re being attacked by a giant herd of ferocious cattle!

Okay, okay, maybe they weren’t all that ferocious. But, I was very concerned that at any moment, a cattle rancher was going to drive up over a ridge and ask me what I was doing driving through his herd?

Eventually, we made it to E and I was so grateful that he would be responsible for getting the Jeep back on that slick, muddy “road”. E and I managed to throw the bike in the back of the Jeep and kick some of the mud off our shoes. We headed back out towards the real road and E soon realized that I wasn’t exaggerating, we were soon without traction in that thick, sticky, gooey mud. He had a completely different approach to the pools of water in our path, choosing to blaze full speed ahead instead of going around them like I had done. This approach resulted in a wave of mud completely covering us and a moment of blindness before the wipers cleared the windshield. The kiddos were squealing with delight while I was shooting “laser eyes” from the passenger seat. The drive was like careening down a Slip ‘N Slide. At last we made it to the paved road and took a deep breath as we headed back home to our Winnebago to get cleaned up.

We meant to take photos of E sitting there soaking wet in the rain, and the Jeep covered in thick, gooey mud. But it really was pretty harrowing and we just weren’t thinking about photos in the moment.

Hallelujah! God can do anything! We are so grateful our tale turned out the way it did.

Here are our favorite stories about storms:

Storm in the Night by Mary Stolz 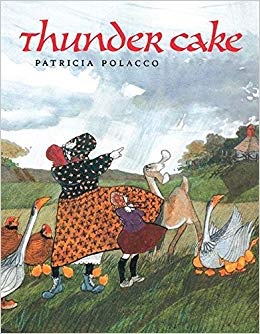 The Bravest of Us All by Marsha Diane Arnold

The Name Quilt by Phyllis Root

Katy and the Big Snow by Virginia Lee Burton 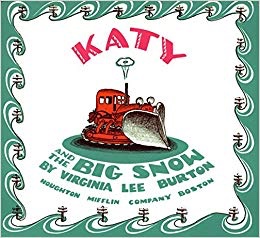 The Boy Who Fell Off the Mayflower by P.J. Lynch 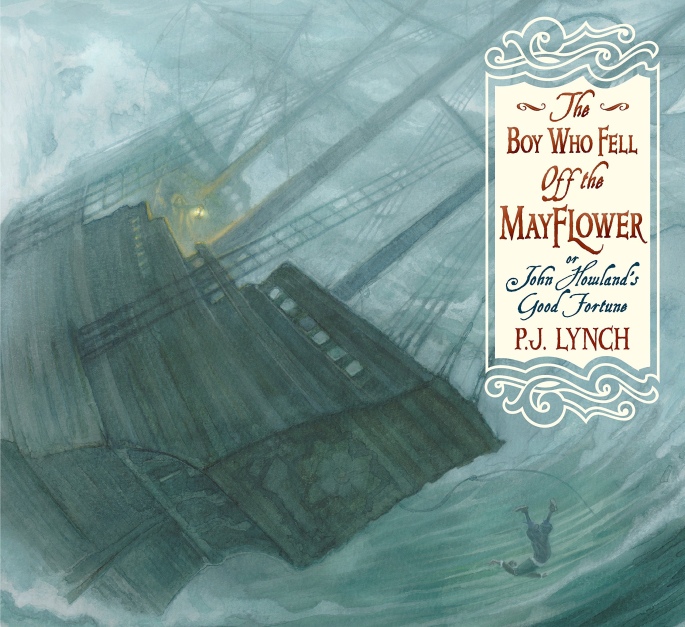 Thank you, so much, for reading our stories. I hope you enjoy reading them as much as I enjoy writing them. 😊

What is your favorite storm story?