The weather in ID has been pretty erratic. There’s been warm sun, cold rain, lightning and high wind just this week! Sometimes the weather changes quite suddenly. The kids and I had quite an adventure picking up E in the middle of a bike ride during a thunder storm. I’ll tell you that story later…

We had made various plans for this weekend, and ended up changing them several times because of the weather. We ended up taking a trip to Boise and grabbed some lunch at 10 Barrel Brewery. We recommend getting Idaho Candy (smashed fingerling potatoes in a mustard herb sauce) and Warm Pretzels as appetizers. All the kids plates are served on an upside down frisbee, used as a tray. (What a fun idea for a bday party.) I was wrangling kiddos during lunch so I didn’t get photos… We decided to head to a nearby park and test out our new frisbees after lunch. There were several parks in walking distance. 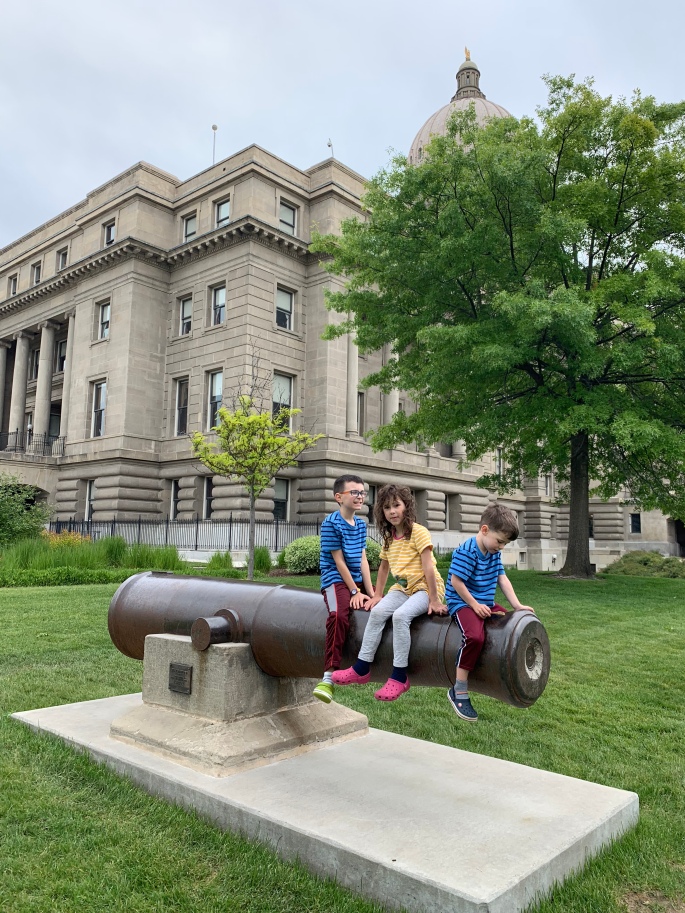 After passing by the capitol building we headed to Memorial Park. It’s Memorial Weekend after all. 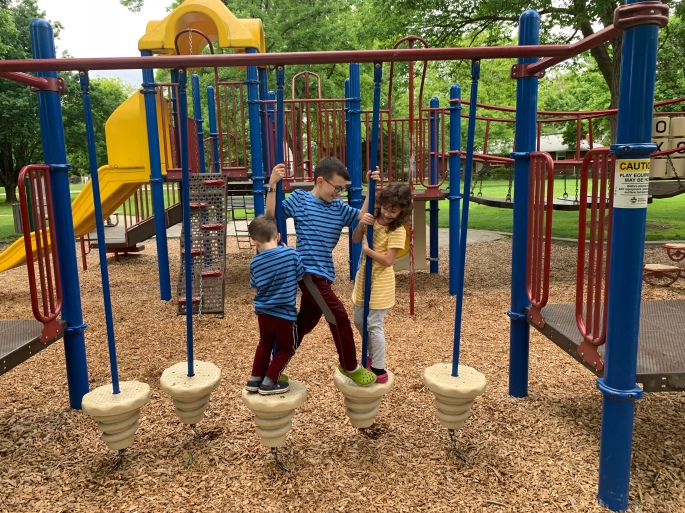 Our next stop was to buy E a guitar to replace the ones he lost in the Camp Fire. We found a great local shop, 12th Fret Music, and got a good deal on a vintage acoustic guitar. We didn’t realize that going into the store would be a trigger for poor K. She saw a rack of ukuleles and remembered that she used to have one that was lost in the fire. We hadn’t planned on replacing it right now and she was tragically upset. I ended up taking her out to the Jeep to help her regain her composure. While we were in the Jeep the owner of the store was asking E why K was crying. When E explained our whole situation the kind and generous man gave K the ukulele as a gift! We were so touched by his thoughtfulness. It was a very unexpected gift. I was suddenly, very aware that God knows my child’s heart better than I do. I have a hard time distinguishing between a tantrum and a deep burning desire. Hallelujah, God can do anything! He knew that E and I had no intention of buying her that ukulele. It was truly a modern day miracle. She was so grateful and hasn’t put it down since she got it. 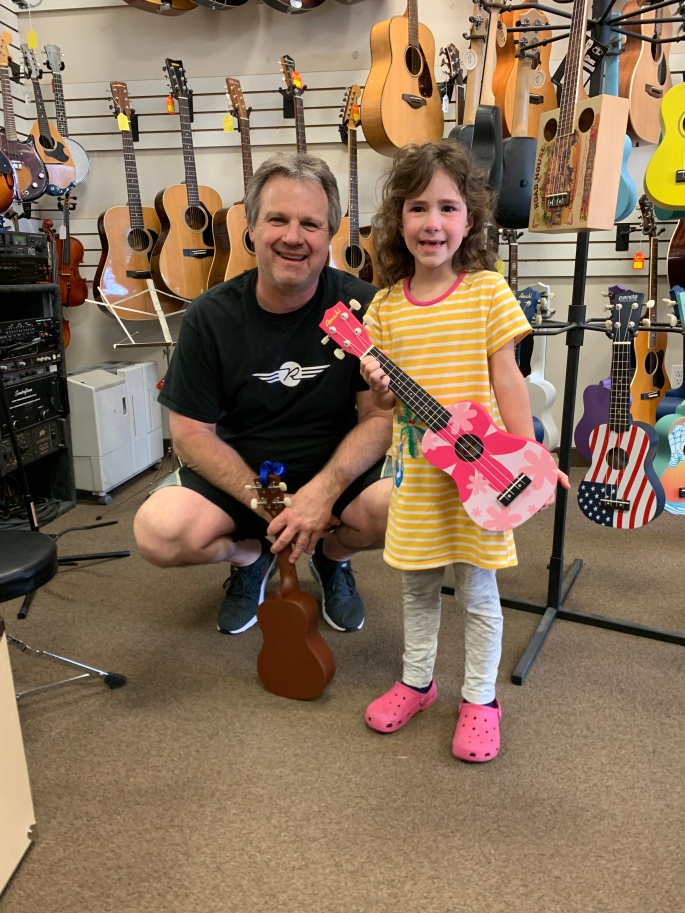 Our last stop for the day, was Julia Davis Park. We rented the coolest vintage paddle boats. There were even baby geese and baby ducks in the pond. They were so cute! 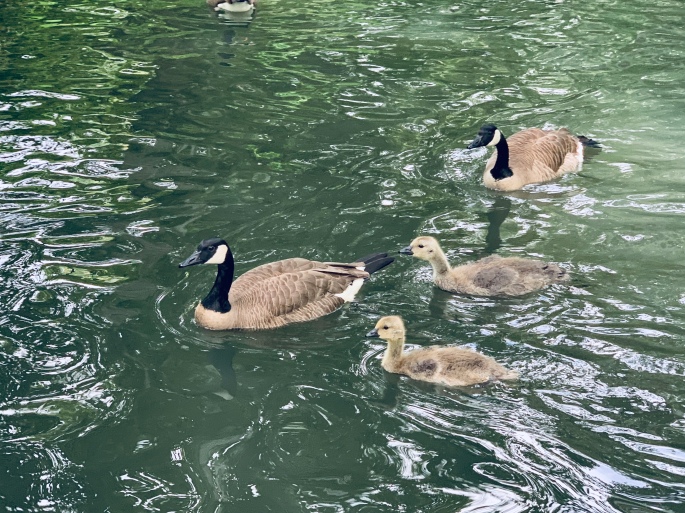 Thanks for following us!

Thank You to 365 Followers!